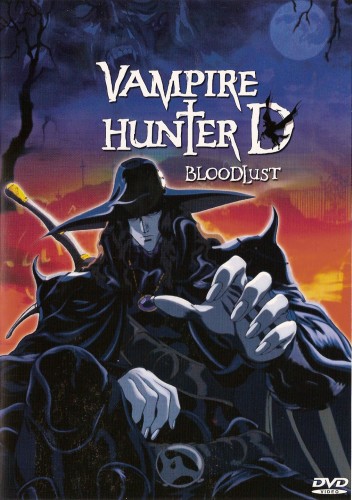 In the distant future...
Vampires rule the night, but their numbers are dwindling. With huge bounties on their heads, a class of hunters has emerged, Bounty Hunters. One hunter is unlike all the others. He is a Dunpeal — a half human, half vampire. At war with himself, feared by all, tortured and alone, he is... Vampire Hunter D. — from intro

D, the infamous dunpeal outcast and renowned vampire hunter has fought for the grudging acceptance among humans through his prowess at hunting the creatures of the night. He is called upon to locate Charlotte Elbourne, the lovely daughter of an affluent family who apparently has been kidnapped by a powerful vampire named Meier Link.

Charlotte's father offers a large bounty for her return, be she dead or alive, a task D willingly accepts, even with the notorious Marcus brothers Borgoff, Kyle, Nolt & Grove and their compatriot Leila, seeking the prize as well.

As the sun sets, the hunt is on, but as the chase evolves it becomes more and more apparent that some sinister evil lurks in the shadows, secretly plotting and manipulating the hunters' every move. An insidious trap is set, and with the tables turned the hunters become the hunted!